The middle-aged Icelander, Jónas Ebeneser, is full of resignation and has lost his spark of life. At the beginning of the novel, he leaves his three Gudruns in Iceland and travels to a war-torn country in the distance with a purpose. He will end his life. 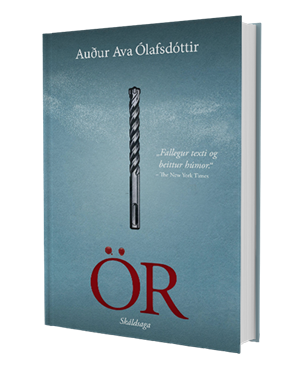 But the desire to die takes an unexpected direction. Jónas again experiences joy and eventually finds small bright spots in life. The scar motif in the book is a picture of the people, cities and bodies that are covered with scars - but which is built up, rebuilt, finds new forms and which is partially healed.

Hotel Silence by Auður Ava Ólafsdóttir is a social realist novel with satirical tendencies. The language is low-key, and humour is whimsical. The text is filled with quotes, and lyrical sequences begin each chapter. The novel is about the individual in the human sea, and it is a story of how both an inner and an outer world, can collapse and be rebuilt.